Bits are one of the most basic types of tack out there. But there are a lot of choices out there: snaffle bit, curb bit, double bridle… in this article, we’ll explore the different types of horse bits and what they are for.

If you’re new to horseback riding and horse ownership, horse bits can be one of the most confusing subjects you’ll encounter. This is because there are a lot of them. Like, a lot. Different types, styles and even designs inside a given type or style. These all have different functions, pros and cons, and ways they work.

Picking the right one might be a daunting thing to do, so in this article, we’ll explore some different types and designs of horse bits and their different usages and characteristics.

What are horse bits?

First, let’s define what a bit is. The horse bit is the piece of tack that goes inside the horse’s mouth. Horses have a space between their front and back teeth, and that’s where the bit rests.

Usually, a bit is a piece of either metal or synthetic material that rests in this teeth-less space and puts pressure on the back of the mouth and the tongue of the horse. This piece attaches to a bridle and the reins and helps the rider control the horse.

Not all horses adapt to all sorts of bits, and some might require different types. For example, young horses may be trained with hackamores, and some might pull too much and require a gag bit. As always, it’s important to know your horse, your needs, and adapt to both.

Independent on the type of horse bits, mouthpieces themselves come in different types. These can be straight-bar mouthpieces (which, as the name says, are a solid bar of metal or other material such as rubber or plastic), jointed mouthpieces (which often give a nutcracker pressure on the horse’s mouth), a mullen mouthpiece (solid, but with a curvature that accommodates the horse’s tongue), and ported mouthpieces (also has a curve, but more pronounced; often acts on the roof of the mouth as well).

Snaffle bits is one of the simplest bit designs. They consist of a mouthpiece and rings, which attach directly to the reins. This means that pressure on the reins translates directly into pressure on the mouth, in equal proportion.

While often jointed, the mouthpiece doesn’t have to be so — a common mistake is to believe all snaffle bits have joints in them. This is not necessarily the case, as straight-bar and even mullen mouthpieces may also be part of snaffle bits.

It’s also a mistake to believe a snaffle is any mild bit. This isn’t quite the case. While the pressure is more direct in the snaffle, a sharper or rougher made snaffle may be harmful, and a heavy hand on the reins will also make it harsher.

Some mouthpiece designs also make the bit more severe. Rather, snaffle refers to the mechanic used (direct pressure) and the absence of shanks, rather than to mildness or any other characteristic. The snaffle bit is more popular in English riding but used in Western as well.

There are different types of snaffle bits, with differences in design for different results.

As the name says, the D-ring snaffles have their “rings” in the shape of a D, rather than circular. The shape does not allow the bit to rotate, and also applies some lateral pressure on the horse’s mouth.

Eggbutt snaffles are gentler, as they do not pinch the side of the mouth. In these, the mouthpiece does not rotate, and this may be more comfortable to some horses.

The full cheek bit has long arms on either side and the ring attached to the arms. This helps with lateral guidance and fixes the bit in the mouth.

The mouthpiece may slide on the full, loose ring, so that it rests on the most comfortable position for the horse, rather than fixed. The horse may relax its mouth and chew the bit.

The length of the shank also translates into severity, as longer shanks mean more pressure on the horse’s mouth. The curb bit is more popular in Western riding styles, but it’s also present in English.

Other than shank sizes, there are different shapes as well. The straighter the shank, the less warning the horse has before the pressure hits it. Some are loose-jawed, that is, they let the mouthpiece rotate more, while others are not. Curb bits also come with a curb chain, which runs under the horse’s chin and applies pressure on the chin groove.

Weymouth curb bits are popular in English riding when using a double bridle. Usually has a solid mouthpiece, either straight or with a slight port.

The Pelham bit is somewhere between a snaffle and a curb bit. Unlike either, it allows for two sets of reins and thus is almost like a double bridle.

As such, it works as either a snaffle or a curb bit, although it’s generally classed as a type of curb bit. It’s also useful to transition a horse from one type to the other. The Pelham bit is popular for polo, as it may work like a double bridle without being one.

These work like snaffle bits but offer some leverage, which varies according to the needs of the rider and the horse. They sometimes can support two sets of reins as well. The gag bits are popular in showjumping, cross-country, and polo but forbidden in dressage.

These bits apply some pressure on the horse’s poll, depending on where the reins are attached. Usually, they consist of a mouthpiece with two rings, as in a snaffle, but these rings come with holes on either side, through which the gag cheekpieces run.

Dutch (or three rings) gag bits, on the other hand, consist of three or four rings: one attached to the mouthpiece, one on top to attach the bridle’s cheekpiece, and one or two more below. These give varying positions to attach the reins, according to the need.

Double bridles come with two bits, simultaneously, a snaffle and a curb. The double bridle uses a special snaffle bit, called a bradoon. As it works with four reins, the double bridle has both effects on the horse, with pressure on the bars and mouth coming from the snaffle bit, and on the chin, poll, tongue, palate, and bars from the curb. As such, one uses the bradoon for some purposes, and the curb bit in others.

In dressage, for example, it’s common to ride on the bradoon: this bit is used more often, only engaging the curb to encourage collection. The double bridle, then, is a good tool for refined control, but in the wrong hands, it can also be misused and harmful.

We don’t really know whether the first horsepeople used bits or not, but there are some very old artistic designs that show bitless pieces of tack. They may have existed for some 4,000 years.

The hackamore works through a noseband, which puts pressure on different areas of the horse’s face — except the mouth. Hackamores are often not allowed in competitions, excepting endurance riding, trail riding, and some showjumping and cross-country competitions.

Other types are cross-under bits, which work with the reins crossing over under the horse’s noseband, and joining at the poll and back. This has a disadvantage in that the reins have a long way to travel when released. This slows down the responsiveness, as even if the rider releases the reins quickly, the reins themselves will take a while to release.

There are other types of horse bits, including more specialized ones or bits intended for behavioural correction or very sensitive mouths.

One such type is the Chifney bit, which is special for anti-rearing and often worn to lead horses, in special stallions when near mares, to control them further. But there are the main types of horse bits in use today, within and without the show ring of different disciplines. 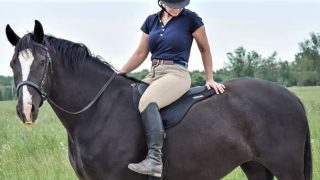 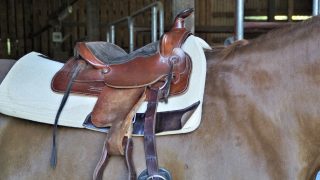 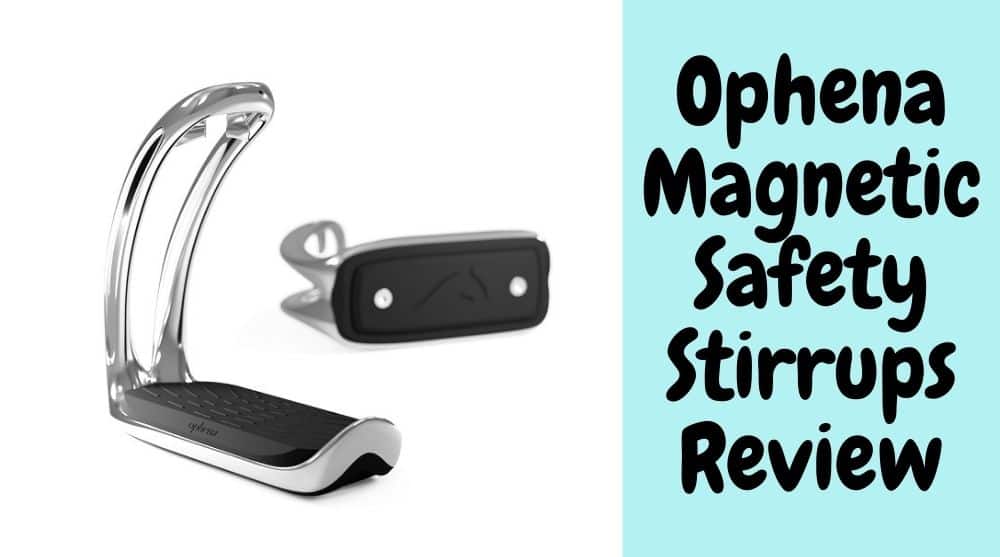 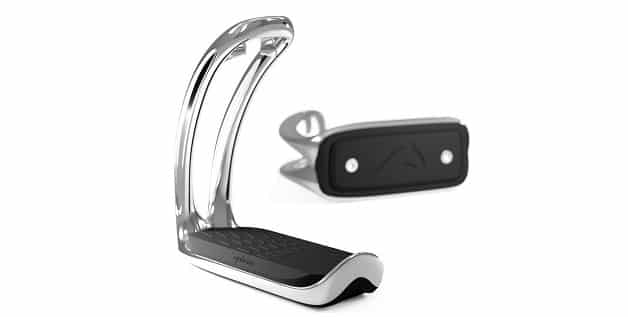 7 Best Safety Stirrups and How They Work