Tennessee Walking horses are stars both in the show ring and on the trails. Their distinct gaits are smooth to ride, making them a popular choice among riders of all ages. These beautiful horses have docile temperaments, allowing them to excel at whatever they do.

The Tennessee Walking horses owe their heritage to many different breeds. They were bred to provide a smooth ride across the uneven Tennessee terrain.

The breed got its start from Tennessee Pacers, which were a cross of the Narragansett Pacer and Canadian Pacer. The Narragansett was thought to be the first breed developed in America, but they are now extinct.

The Tennessee Pacers, also referred to as Southern Plantation Walking Horses, were crossed with Thoroughbreds, Morgans, Saddlebreds, and Standardbreds. This led to refined, smooth-gaited horses that became the foundation of the Tennessee Walking horse breed.

2. One of the Most Influential Sires in the Breed Was An Unsuccessful Race Horse

Black Allan, also known as Allan F-1 or simply Allan, was the founding sire of the Tennessee Walking horse breed. His dam was a Morgan mare and his sire was a descendant of Narragansett Pacer and Canadian Pacer blood.

Allan was bred to be a trotting horse for harness racing, but it never worked out because he preferred to pace. He went from owner to owner as no one saw his true potential until knowledgeable horseman James R. Brantley purchased him. He stood at stud and began producing good quality offspring, with natural walking gaits that were smooth to ride.

One of his most notable offspring was Roan Allen. Roan Allen, also known as Roan Allen F-38, became one of the most notable sires within the breed, producing over 400 offspring. In addition, he was also a stellar performer in the show ring.

3. Tennessee Walkers are the State Horse of Tennessee

Tennessee Walkers are the official state horse of Tennessee. The breed gained this honor in 2000.

Shelbyville, Tennessee is also home to The Tennessee Walking Horse National Celebration. The annual show takes place for 10 days at the end of summer, ending the Saturday night before Labor Day. Over 2,000 horses come to compete, showcasing the many talents of the breed.

Many people associate this flashy breed with the show ring. However, Tennessee Walkers were originally bred to be an all-around utility horse.

Thanks to their naturally smooth gaits, they made comfortable mounts for working on ranches and riding across plantations. Due to their strong, tall builds, they were also popular for pulling and racing.

Today, the Tennessee Walking horse excels in trail, sport/utility, pleasure and performance. Though they are most popular as trail and show horses, they can do much more than that.

Tennessee Walking horses have three distinct gaits: the flat foot walk, the running walk, and the canter. In addition, some horses may also perform the rack, stepping pace, fox-trot, and single-foot, along with other variations of the running walk.

The flat walk is a brisk, long-reaching walk, with each of the horse’s hooves hitting the ground separately at regular intervals. This walk can range anywhere from four to eight miles per hour.

The running walk is the breed’s most notable gait. It is a smooth, gliding gait, similar to the flat walk, but faster. Horses travel anywhere from 10 to 20 miles per hour, with the more stride the better. Horses will nod their heads in rhythm when performing the flat foot walk and running walk.

Tennessee Walkers have a canter that is smooth and more relaxed than most breeds. Many people compare it to the movement of sitting in a rocking chair.

Though overstriding is something that is often not desirable in other breeds, it is desirable in Tennessee Walkers. Their back feet will “glide” right behind their front, in the same track. While performing the running walk, horses may overstep the front track with the back by a distance of six to eighteen inches, creating the distinct-looking movement of this gait.

Tennessee Walkers have made it all the way to the big screen. Their calm dispositions and beautiful looks make them great horses to work with, even in Hollywood.

Roy Rogers’ famous horse Trigger was replaced by Trigger Jr, a Tennesse Walker by the name of Allen’s Gold Zephyr. The talented palomino knew many tricks and made several fan appearances with Rogers.

Over the years, many Tennessee Walking horses portrayed the Lone Ranger’s horse Silver including Silver King, Silver Chief, and White Cloud. In addition, the mascot Traveler of the University of Southern California has been a Tennessee Walker on many occasions.

Also take our fun horse movie trivia which features a couple of horses mentioned above!

By 1950, the United States Department of Agriculture officially recognized the Tennessee Walking horse as a distinct breed. They have grown to become one of the most popular breeds in America and are a favorite among gaited enthusiasts. They are even found internationally, as people find their unique gaits highly desirable.

I have a Tennessee Walking Horse and Where would I position the saddle? I feel like I am too far forward on his neck bone. He doesn't seem to mind but I want what's best for him.

I love the breed . My Mom And Dad had owned two of them . I hate the way they are treated in the show rings in Tennessee no horse should have to walk like that . If they love the breed so much why do they make them step out in a way that ends up crippling them and they end up in a meat truck. I have seen too many in the auction .

They are lovely horses - but why oh why is that abomination of those poor horses that are in the “big lick” allowed to continue??? It is absolutely shameful that such cruelty is still allowed to continue, and is one of the most disgusting sights I have ever seen. For shame America, I just thank god we do not have anything like that in Australia…

Mustang Horse Price: How Much Do They Cost? 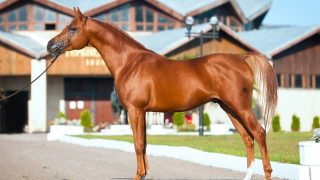