It’s been 19 years since the release of Spirit Stallion of the Cimarron, but this horse film has become a classic. It tells the story of the wild Mustangs of the American West from a horse’s perspective.

The movie’s protagonist is a Kiger Mustang stallion who is eager to protect his herd and territory. One day, he falls victim to his own curiosity and is captured by the United States Cavalry. Fortunately, he escapes with the Native American captive Little Creek and together they go through a series of adventures.

While Spirit Stallion of the Cimarron is a serious movie, it’s still safely G-rated for kids to watch. One thing is certain: the story of Spirit is one that never gets old.

In the spirit of childhood nostalgia, here are 4 you didn’t know about Spirit: Stallion of the Cimarron:

4 Facts About Spirit Stallion of the Cimarron

Spirit Stallion of the Cimarron was a groundbreaking movie in several different ways. Famous critic Roger Ebert commended the movie on its clean plotline.

Unlike many animations, Spirit doesn’t feature a horse-shaped human. In the Spirit movie, the horses, unlike in many children’s movies, act and feel like horses.

Uncluttered by comic supporting characters and cute sidekicks, Spirit is more pure and direct than most of the stories we see in animation–a fable I suspect younger viewers will strongly identify with. — Roger Ebert review

Though nominated for Best Animated Feature of 2002, Spirit lost to Hayao Miyazaki’s Spirited Away. It was a modest success, ranking 4th in the opening weekend. Still, even 18 years later, it has a strong audience.

Since the film, Netflix released a series in 2017 based on the movie, named Spirit: Riding Free. The TV series follows Spirit, a son of the original movie’s stallion, and Lucky, a human girl who befriends him.

In June 2021, a spin-off of the original Spirit Stallion of the Cimarron was released, titled Spirit Untamed. The movie is based on the TV series Spirit: Riding Free and follows the same protagonist named Lucky. After moving to the small frotier town of Miradero where the original movie is set, Lucky bonds with a wild dun stallion called Spirit.

But there are still some things about this movie that are very interesting — here are four of them!

Spirit is based on a real horse

Movies about animals often “humanize” them, so they are more relatable. Sometimes this is giving them clear human-like features. Other times it’s, well, talking animals. As the horses do not speak, it was important to make them realistic. So to make sure the animators had a good grasp on how a horse acts, DreamWorks Pictures went and bought one.

Donner, a Kiger Mustang stallion, served as a model to the animators. They studied the Donner’s behaviour and mannerisms, to learn how horses work.

Spirit is the only horse in the movie who has a real-world version. But unlike his animated self, Donner was a domestic horse: he was born on a ranch in Bend, Oregon.

After his stint in business, Donner became an ambassador for Kiger Mustangs everywhere. The 26-year-old star currently lives at the Return to Freedom Wild Horse Conservation Centre, where you can visit him!

The first draft of the Spirit movie had dialogue

In producer Jeffrey Katzenberg’s vision, it was important that the horses didn’t speak. While there is narration, the horses in the Spirit movie only use body language and whinnies. This is rare in children’s movies. Katzenberg believed that if the horses talked, it would take away from the realism he wanted.

But this decision only came after screenwriter John Fusco’s first script. The original version was useful to storyboard, as it provided guides to the art.

After the storyboarding, Katzenberg requested a dialogue-free version of the script. This is because he wanted Spirit Stallion of the Cimarron to be a serious film, and dialogue would weaken the ideas. Some of the dialogue later became the narration, voiced in the original version by Matt Damon.

Rain is a registered Paint Horse

As we’ve said above, Spirit is the only horse in the movie to have a direct real-world version. This didn’t stop the APHA from registering Rain as a real-world horse. Yes, Spirit’s delightful love interest is now a registered Paint Horse. One version of the certificate is now in DreamWorks’ headquarters.

The American Paint Horse Association felt that Rain represented the breed to perfection. In their own words:

“Although she may only be an animated version of a horse, in her own way, Rain has exemplified the breed standards people have come to recognize in a Paint Horse.” –APHA Executive Secretary, Jim Kelley.

She is the first animated horse to have a real-world registry.

While there are several places named “Cimarron” out there, Spirit isn’t set in any one place. The landscapes of the movie come from different places. These include Monument Valley and the Grand Canyon, as well as others. So what exactly is a cimarron? Well, it’s a wild horse… in Spanish.

The Mustang isn’t exactly a wild horse (though it might as well be, after so long in the wild). Instead, it’s a feral breed, one that emerged from different domestic horses. There are several such breeds out there, but Mustangs are particularly iconic.

This popular breed comes mainly from Spanish stock. Other breeds had influence but at the time the movie was set, they were just cimarrones — wild, untamed horses.

Spirit: Stallion of the Cimarron FAQs

Who is the black horse in Spirit: Stallion of the Cimarron?

The black horse in Spirit: Stallion of the Cimarron is Spirit’s dad, named Strider. He doesn’t actually appear in the movie, as he died before the storyline begins. Spirit briefly mentions him when he grows up and takes over as the leader of the herd.

Who is Rain’s mum in Spirit: Stallion of the Cimarron?

Rain’s mother in Spirit: Stallion of the Cimarron is brown and white paint Mustang named Sierra. She used to run wild before Little Creek’s tribe tamed her. Rain’s grandmother Bonita was a pampered riding horse in Mexico before she escaped into the wild.

Will there be a Spirit: Stallion of the Cimarron 2?

Although there are rumors, there has been no official news from Dreamworks regarding Spirit: Stallion of the Cimarron 2. However, Dreamworks released a TV series called Spirit Running Free and a spin-off movie called Spirit Untamed.

Spirit’s mom Esperanza is a beautiful palomino mare with a blonde mane and tail and a golden coat. She has a wide blaze on her head and a white muzzle, brown eyes, and four white socks.

Is Spirit a boy or girl horse?

Where and when is Spirit: Stallion of the Cimmaron set?

Spirit: Stallion of the Cimarron is in a small fictional frontier town of Oregon called Miradero in the late 19th American west.

What color is Spirit?

Spirit has a dun coat color. Dun horses have a black mane and tail, black lower legs, a dark muzzle and a golden coat, just like spirit. This coat color often comes with primitive markings such as a dark stripe down the back or zebra markings on the legs.

Who plays the voice of Spirit?

Matt Damon plays the voice of Spirit, a wild dun Kiger Mustang stallion living in the Wild West of the late 19th century. Robert Redford and Tom Hanks were also considered as narrators.

How much did Matt Damon get paid for playing Spirit?

Matt Damon reportedly got pay $2.3m for being the voice of Spirit.

Is Spirit Stallion of the Cimarron on Netflix?

Spirit: Stallion of the Cimarron is currently available on Netflix in the countries of Scandinavia, Brazil, New Zealand, Austria, Germany, the Netherlands and France. In the United States, the movie in available on Amazon Prime and other streaming services such as Peacock or DirecTV.

How long was Spirit away from his herd?

Spirit was away from his herd for at least a few months. This is because the time of his capture was in the height of summer, while during his journey on the train it was already snowing.

You can buy a copy of this awesome film here on Amazon.

I love this movie so much. it's nice to have a movie where an animal is the main character that isn't humanized. I also love how even though there is not much dialogue it is still very emotional.

Bruh although the location changes spirit takes place between Montana, Colorado, Wyoming, and South Dakota, not Oregon and the grand canyon. The Lakota would travel mainly between those states and think about where the battle of Little Big Horn took place. The Colonel is based on Custer. The legitimate horse that spirit is based off of is from Oregon but the movie does not take place there. From what I have read the Netflix adaption is supposedly in Oregon but I honestly refuse to watch it because I don't believe it stays true to the original story.

I really enjoyed the movie, my granddaughter at the time watched it a lot. My only complaint is that horses do not lick water, they suck it up. thanks Cecile

Spirit isn't a buckskin, but a dun, hence the dorsal stripe.

Spirit is a beautiful movie that speaks for the wild horses. It's still my daughter's favorite movie and her two favorite colors of horses. 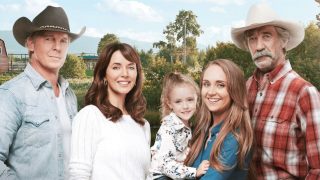