The difference between a Miniature Horse and a pony is based on its size, conformation, temperament and overall build and structure is their size and shape.

According to the American Miniature Horse Association, a “Miniature should be a small, sound, well-balanced horse and should give the impression of strength, agility, and alertness. A Miniature should be eager and friendly but not skittish in disposition”. However, a pony is a horse (Equus Ferus Caballus) under 14.2hh or 58 inches is termed a Pony.

Why are Some Horse Breeds not Considered a Pony?

However, certain horse breeds are classified as horses regardless of height. The Miniature Horse is not a pony but is defined by its small height which cannot exceed 34 inches.

The Caspian horse is an ancient miniature horse breed of Mesopotamia. It was thought to be extinct until, in 1965, a small number were found wandering along the shore of the Caspian Sea.

Small and fine with an Arab type of head and light bone structure it is termed a horse due to its characteristic conformation, gaits and temperament but stands between 10hh and 12hh.

Other breeds are pony-sized, such as the Icelandic and Fjord, but called horses despite being of a stockier and more pony like build.

Equally some pony breeds such as the Fell and Galiceno are expected to be finer and lighter in build and smoother in coat than other pony breeds. So, as in many things in life-size isn’t everything!

Many of the Breed Registries indicate that because the Miniature Horse retains a horse phenotype this classifies them as a horse rather than a pony.

A phenotype is the set of observable characteristics of an individual resulting from the interaction of its genotype (the set of genes an individual carries) with the environment. In this case that would relate to the conformation, appearance, and temperament of the breed.

Horses are generally considered to be longer and finer in bone structure with longer necks, smaller heads and are generally less thick in mane, tail and coat. In comparison, ponies should be shorter, stockier and furrier.

This is in line with the American Miniature Horse Association’s aim to produce the smallest possible perfect horse so that if all reference to size were eliminated the miniature would have the same conformational proportions of other full-sized light breeds.

Interestingly one of the main source breeds of the Miniature Horse is the Shetland the very epitome of pony characteristics being both short and stocky and very very hairy!

How Did the Mini Horse Come About?

So, is how the breeds developed a reasonable distinction between a Miniature Horse and a Pony?

The Miniature Horse being selectively bred over centuries from a broad range of horse and pony breeds and the pony breeds evolving from prehistoric times as a result of surviving harsh natural climates and limited food.

This distinction is supported by one of the most recognisable Miniature Horse breeds developed in 19th century Argentina by the Falabella family. They noticed herds of very small horses living among the pampas and gathered a herd of their own to produce tiny horses bred to the same standard, conformation and temperament as full-sized Arabs and Thoroughbreds.

In contrast, the Shetland Pony originated in the Shetland Islands and evolved to be small, compact and muscular as a result of the tough environment where it lived.

Whilst there is a clear difference between the development of the Falabella and Shetland breed the reality is actually more complicated.

Breeders in Europe in the 17th and 18th centuries were already selectively breeding for small animals as pets for the nobility and in the UK and US in the 19th-century pit ponies labouring in the mines were being selectively bred small to enable them to fit into the tunnels in the mines.

The result of this can be seen today in the Shetland Breed which recognises both a standard Shetland, measuring up to 10.2hh in height and a miniature Shetland which stands at a maximum of 34 inches.

What are Horses with Dwarfism Classed as?

Unlike the miniature Shetland, a Miniature Horse is not the miniaturisation of any breed or a dwarf horse although dwarfism does occur and is considered undesirable.

A dwarf horse is recognised by its large head and disproportionately short limbs compared with the body of a horse. It may appear normal at birth but dwarf characteristics will become more noticeable as the horse matures. 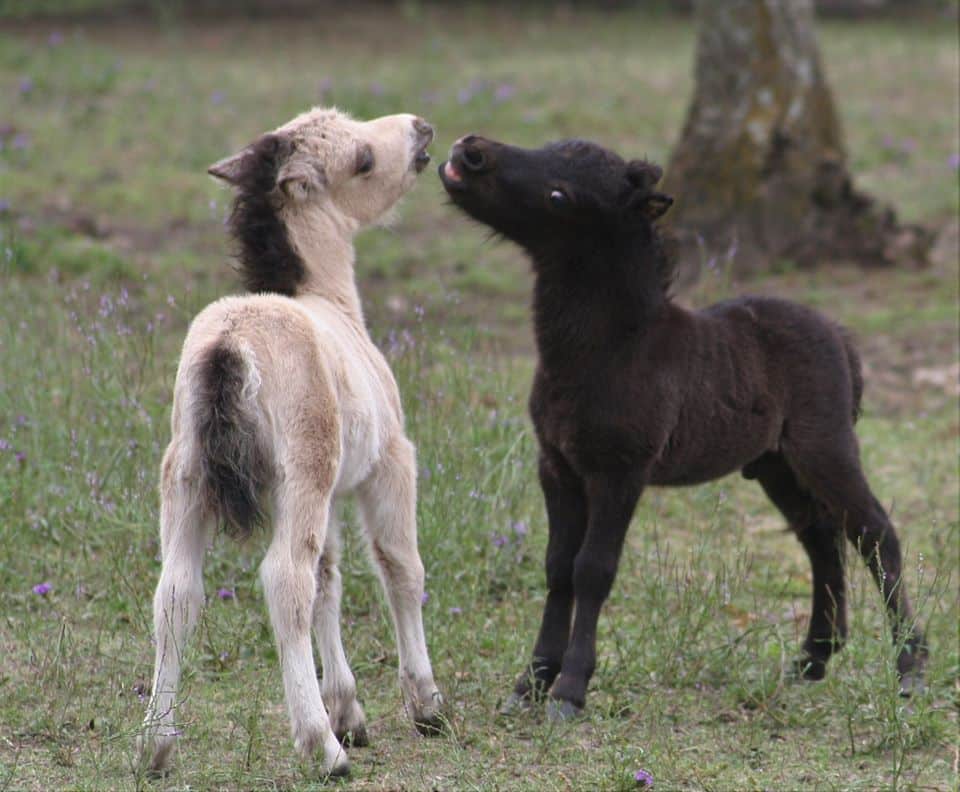 In fact, dwarfism can appear in any horse breed but is most prevalent in Miniature Horses, Shetlands and Friesians. It occurs when both the stallion and the mare carry the recessive gene and is the reason why successful Miniature Horses can produce a dwarf foal.

Dwarfism is a disorder and often results in health issues such as kidney disease, pituitary and thyroid malfunctions and a shortened lifespan.

Genetic testing is now available to identify those animals that carry the gene responsible for dwarfism and those that do, even if successful in the show ring, are discouraged from breeding.

So, the answer to the question of differentiating a Miniature Horse from a pony is based on size, conformation, temperament and overall build and structure. Although as with all rules there are always the exceptions!

Also read guide on the average price of a miniature horse. 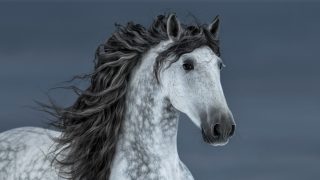