7 Fastest Horse Breeds in the World 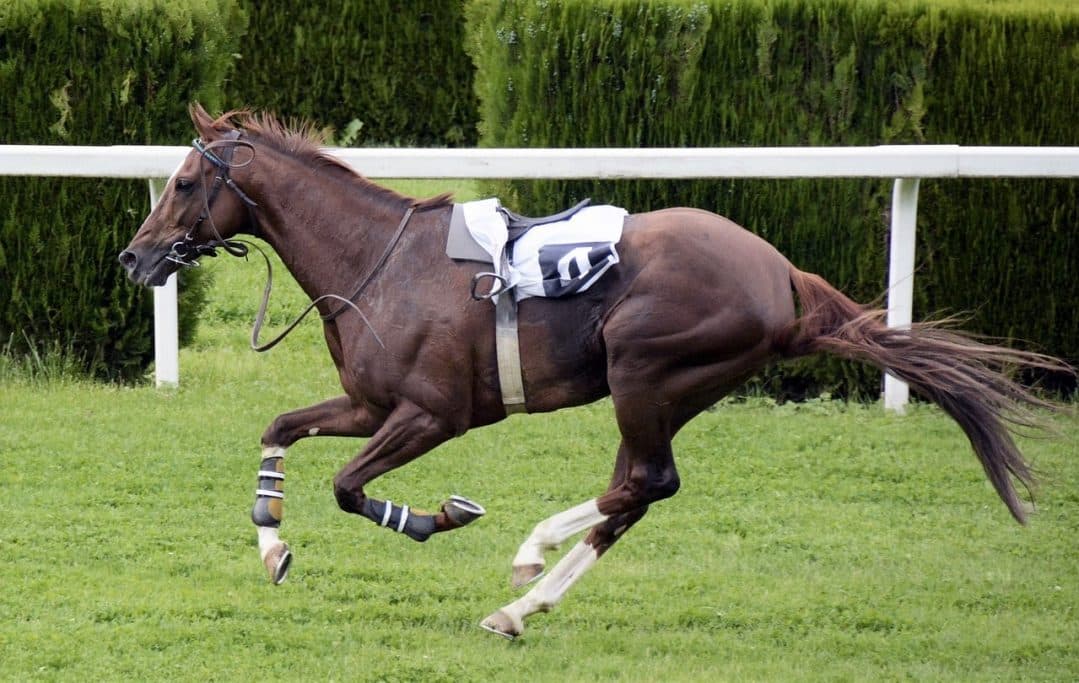 Speed. It’s one of the best things about horses apart from their beauty and strength. The fastest horse breeds are popular for many reasons, and different breeds excel at different types of racing.

We have chosen a variety of horse breeds which are considered the fastest for their respective sport.

Here are the fastest horse breeds in the world:

Originating in modern-day Turkmenistan, Akhal-Tekes are the closest descendants of the ancient Scythian horse. They were bred nomadic traveling tribes for endurance to allow them to travel long distances swiftly and without difficulty.

Due to their fiery temperament and unrivaled stamina, Ahkal-Tekes were famous in the ancient world for being ideal war and racing horses. Their unique metallic coat gives this fast horse breed away from a distance, and much like the Arabian, they have a small and refined conformation.

Akhal-Teke horses average 15.2 hands in height and between 900 to 1000 pounds in weight. In addition to their unique physical looks, they are very intelligent horses and are easily trained. With an estimated global population of 5,000 or less, the Akhal-Teke is considered a rare horse breed.

Also known as the Pure Spanish Horse, Andalusians are popular show horses the world over. Known for spinning on their haunches, full mane, and tail waving in the wind, they are able to learn tough maneuvers like this easily because of their elevated and extended movement.

However, they aren’t short on speed. This fast horse breed has excellent stamina and athleticism, giving them a strong advantage in events such as show jumping, dressage, and long-distance events. The breed has a massive chest, well-defined withers, a long broad neck, and a straight profile.

The breed that can go the distance and make it in record time is the Arabian horse. One of the oldest known horse breeds, Arabians are the best there is when it comes to endurance. They have unique ability to conserve energy, making running long distances easier.

This is probably an adaptation they developed thousands of years ago when they had to survive in arid desert conditions.

This fast horse breed is very intelligent, friendly, and even-tempered, despite their hot-blooded nature. Some believe this is because they once shared such close conditions with their human owners long ago when they shared tents, food, and water because of the scarcity of such things.

Arabians have been so solid throughout history that they have frequently been used to improve other breeds. In fact, it is believed that most other riding horse breeds have Arabian bloodlines somewhere in their pedigrees.

Despite their diminutive size, Arabians have great stamina and agility, and have often been used by great generals as war horses.

Not just known for a flashy coat, this breed can run with the fastest. Originating from Spanish horses bred by the Nez Perce tribe in North America, they became well known not only for their spots but because they make excellent hunting horses.

This breed is revered for its speed, strength, endurance, and durability, making them a good all-round athletic horse breed. Due to their versatility, Appaloosas’ is commonly used in western and English horse riding sports, and make a great long-distance trail horse.

Sadly, this fast horse breed almost became extinct before the Great Depression when the Nez Perce were subjected to war and lost their lands. Many of the Appaloosas were then captured and slaughtered by those trying to coerce the Nez Perce into giving up their land.

Fortunately, the breed was brought back to life in the early decades of the 1900s when people began to take an interest in this unique and amazing breed.

The Standardbred horse breed is built very much like a Thoroughbred, with strong shoulders and hindquarters that give the horse its power and speed. They have a very friendly nature, making them a great choice for amateur riders.

Though not as well-known as the previous fast horse breeds, the Standardbred horse has some serious speed of its own. They excel at harness racing over every other breed.

Standardbreds are also good at lower level show jumping, eventing, barrel racing, and make all-around good competitors. The breed owes this, in part, to a great disposition and a willingness to learn.

The Standardbred breed originated in New England, a strong mixture of several other trotting and pacing breeds, such as the Thoroughbred, Morgan, Canadian Pacer, and some now extinct breeds. This beautiful horse breed is fast and fun to watch.

Also read: how fast a horse can run?

The American Quarter Horse is a breed known for versatility, adaptability, and best of all, its amazing sprinting capabilities. If you want extreme power in a short distance, this is the horse for you.

American Quarter Horses are considered the fastest horse breed over short distances. While a Thoroughbred can maintain greater speed over long distances, they can’t compare to the Quarter Horse’s top speed and acceleration.

Quarter Horses have reportedly topped out at speeds of around 88 kilometers per hour over a quarter-mile distance. This unrivaled speed at a quarter of a mile is where they get their name from, Quarter Horse.

There explosive speed and maneuverability over short distances make them the perfect horse breed for sports such as Barrell racing. Their speed and versatility comes from the blood of English horses imported from Virginia who were bred with imported Spanish horses.

Also, due to their willingness to work and calm personality, Quarter Horses are well suited to ranch work and everyday trail riding. They can also do well in lower level show jumping and dressage competitions.

Thoroughbreds are considered the fastest horse breed in the world and hold the Guinness World Record for the highest horse speed at 70.76 kilometers per hour. Centuries of selective breeding has allowed the Thoroughbred to dominate the horse racing industry.

Known as “hot-blooded”, their temperament is highly competitive, energetic, and full of fire. Their slim and tall conformation makes them quick, agile, and powerful, while their beauty makes them the favorite racing animal to watch.

Thoroughbreds originated when the English decided to combine the bloodlines of the fastest Barb, Turkoman, and Arabian horses they could find.

In fact, all Thoroughbreds can be traced back to three main horses that founded the breed. The Byerly Turk, the Darley Arabian, and the Godolphin Barb can be found in the pedigrees of every Thoroughbred horse.

This hero complex serves the Thoroughbred well when it comes to any type of competition, and this breed can easily excel at just about every speed event, including barrel racing, show jumping, and three-day eventing.

No mention of the Mustang, who won the big race.

8 Weird & Unusual Horse Breeds You Have to See
2 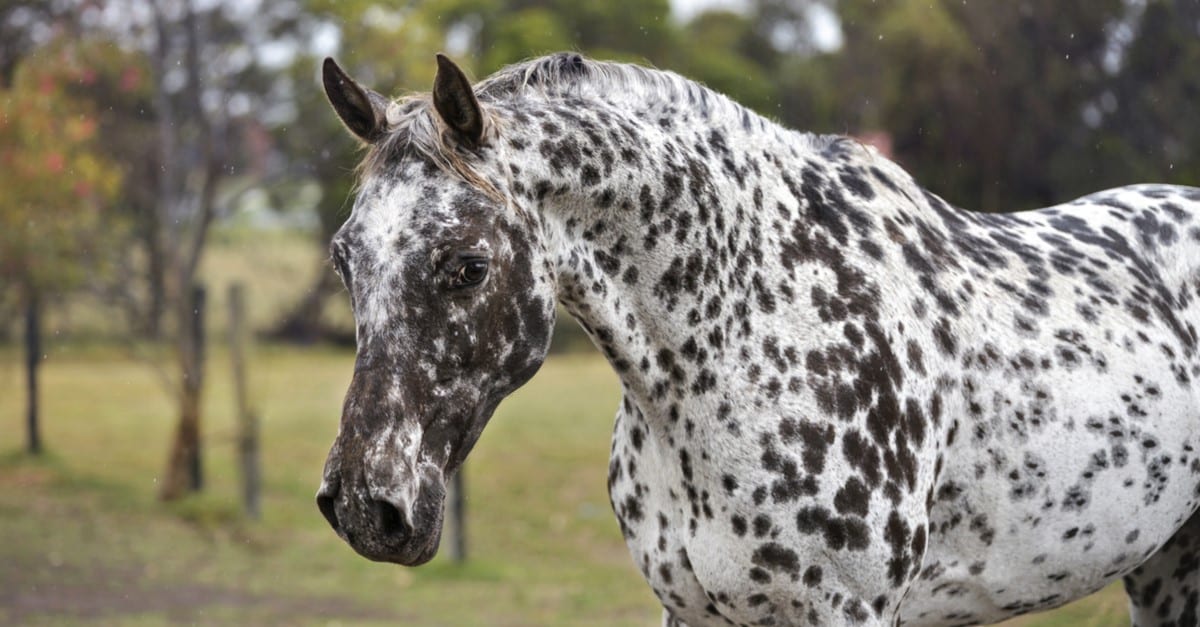 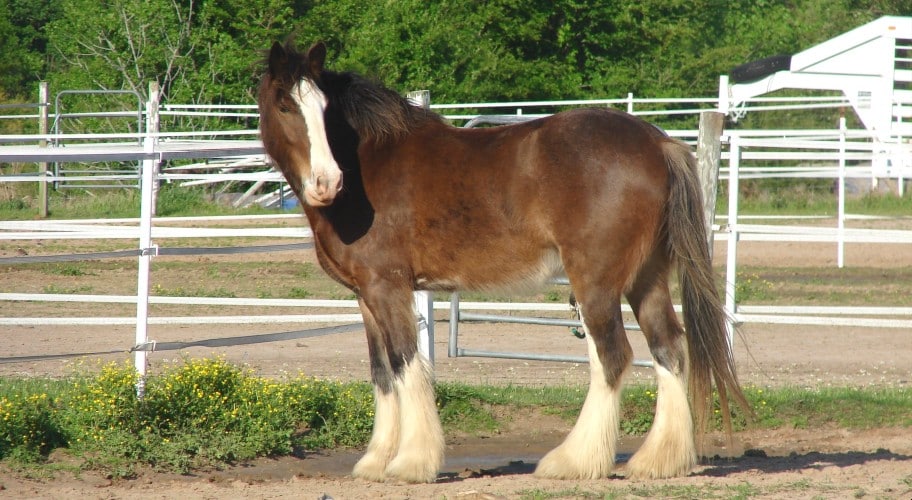 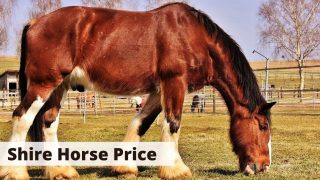 Shire Horse Price: How Much Do They Cost? 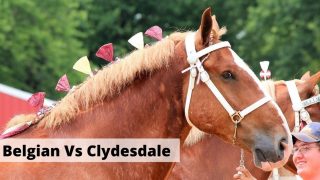 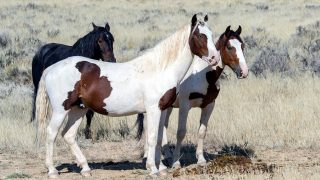 6 Types of Mustang Horses & Their History 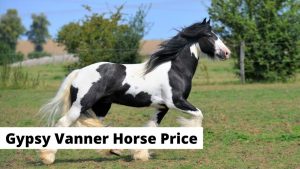 Gypsy Vanner Horse Price: How Much Do They Cost?
More Horse Breeds 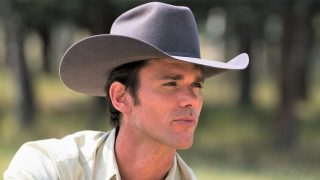 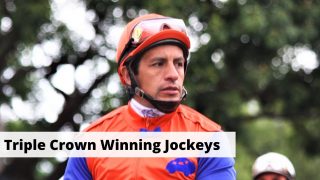 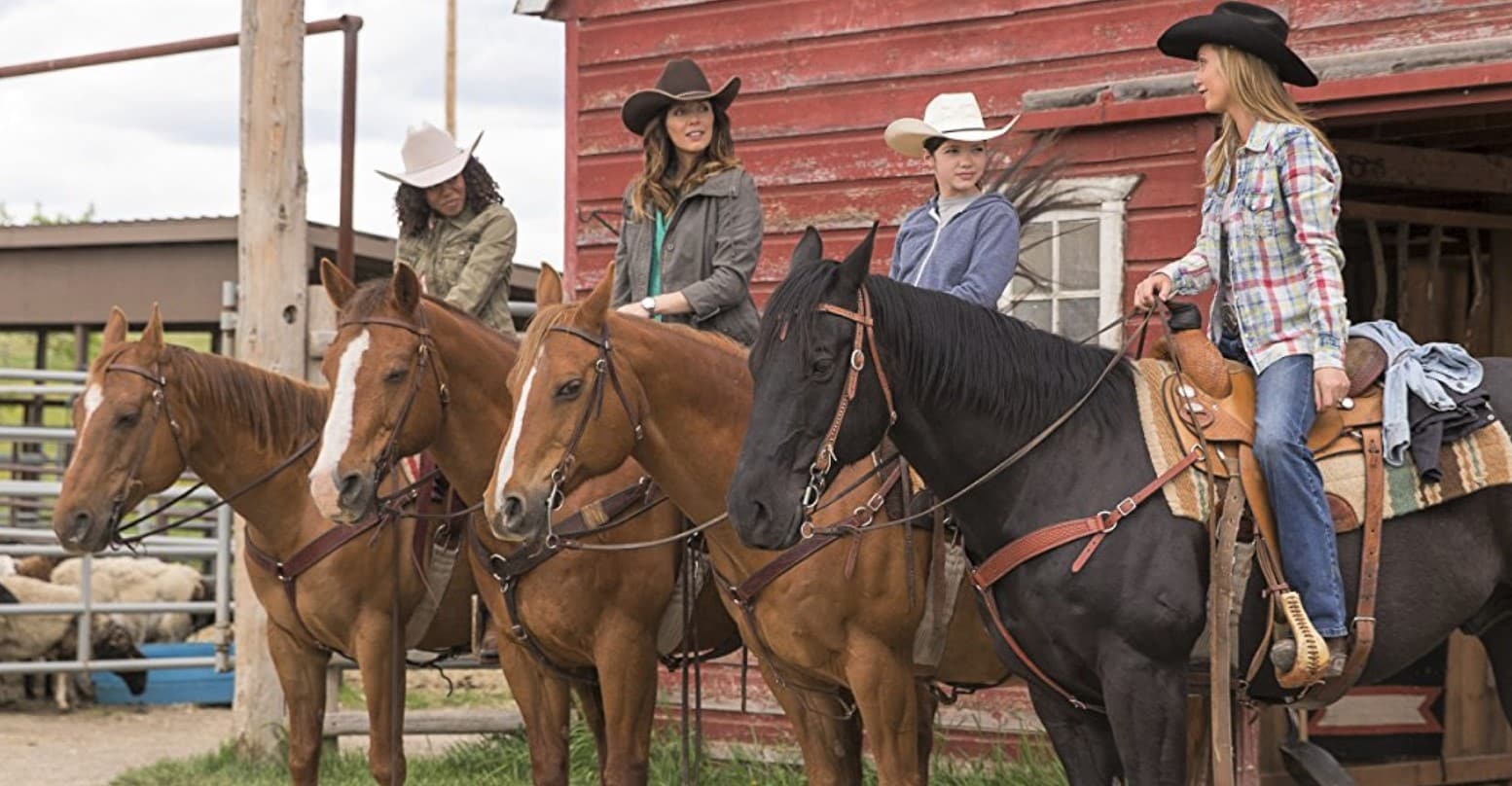