Barrel racing is an action-packed sport that requires speed and agility. As it continues to grow in popularity, there are some famous barrel racers making a name for themselves in this competitive sport.

Barrel racing is an intense rodeo event, where the winner may be decided by just thousandths of a second. Athleticism, skill and luck are all needed to make it to the top. Even just the smallest of mistakes can make all the difference in winning or not.

Though both males and females compete at amateur and youth levels, collegiate and professional events are usually just women. Competitions happen at the local level all the way to the world championships.

Here are eight famous barrel racers who have risen to the top in this popular rodeo event.

Brittany Pozzi Tonozzi was born on February 9, 1984, in Victoria, Texas. Tonozzi’s father taught her how to run barrels and she began competing at rodeo events in 1995.

In 2003, she joined the Women’s Professional Rodeo Association (WPRA) and her equestrian career took off. She won the NFR (National Finals Rodeo) average title in 2006 and 2007. In 2007 and 2009, she took home the top honor of winning the World Barrel Racing Championship at the NFR. She has qualified for the NFR an incredible 14 times.

So far, Tonozzi has earned over $2 million in prize money from barrel racing. In 2020, she was ranked number one in the Pro Rodeo World Standings. She is not the only equestrian in her family, as her husband Garrett Tonozzi is a PRCA (Professional Rodeo Cowboys Association) team roper.

Sherry Cervi was born on September 17, 1975, in Tucson, Arizona. Both of her parents belonged to the Professional Rodeo Cowboys Association, which led Cervi to compete at her first rodeo at the young age of six.

After competing in barrel racing growing up she joined the WPRA. Cervi has qualified for the NFR finals a record 19 times. She won NFR world titles in 1995, 1999, 2010 and 2013. After numerous victories, she is the highest-earning barrel racer in history, earning over $3 million.

In 2018, she was inducted into the National Cowgirl Museum and Hall of Fame. She has founded and hosts the Sherry Cervi Youth Championships. Her husband, Cory Petska, shares her love for horses, as he competes in team roping with the PRCA.

Charmayne James was born June 23, 1970, in Boerne, Texas, to a family full of equestrians. Her mother was a rodeo queen, barrel racer and team roper, while her dad once worked as a feedlot cowboy.

James began riding at the age of three and was running barrels at six years old. At only 13, James began to compete on the professional circuit with her horse Scamper. Together, the duo won an amazing ten championship titles at the WPRA World Barrel Racing Championships. In addition, they also won six NFR championships. Later, in 2002, James won her eleventh world title with her horse Cruiser.

James was the first barrel racer to earn over $1 million. She is a member of the ProRodeo Hall of Fame and National Cowgirl Museum and Hall of Fame. In addition, she was also the first barrel racer in history to win more money in a single season than any other PRCA cowboy. She is tied with Sherry Cervi for qualifying for the most NFR finals at 19.

Martha Josey was born in Gregg County, Texas, on March 11, 1938. Josey inherited her love for horses from her parents, as her father was one of the first directors for the American Quarter Horse Association (AQHA).

Josey began riding at a young age and after attending a rodeo event in her teens, she took up barrel racing. Together with her first barrel horse CeBe Reed, they won 52 consecutive competitions. With her second horse, Sonny Bit O’Both, she went on to win the 1980 World Barrel Racing Champion title at the NFR. Sonny is the only horse ever to win both the AQHA and the WPRA championships in the same year.

As her career continued on, she won the 1997 NBHA Senior World Championship and the 1998 NFR championship. In 1999, she was awarded the Dennis D. High Lifestyle Achievements Award and the Women’s Sports Foundation AQHA Female Equestrian of the Year. That same year, her horse Orange Crush won the AQHA “Best of America’s Horse Award”.

Josey is a member of the Cowgirl Hall of Fame, Rodeo Hall of Fame of the National Cowboy and Western Heritage Museum. She even won gold at the barrel racing exhibition that was part of the 1988 Winter Olympics. Her husband, R.E. Josey is a three-time AQHA World Champion in calf roping. Josey and her husband continue to work in the equestrian world, even founding the Josey Jr. World Championship Barrel Race. She even has her own line of Circle Y saddles.

Lisa Lockhart was born on November 11, 1965, in Wolf Point, Montana. She began riding at the young age of six.

After college, Lockhart made the change from competing as an amateur into a professional, joining the WPRA in 1993. She has qualified for the NFR finals 14 times, second only to Charmayne James and Sherry Cervi who both qualified 19 times. Lockhart has been the NFR Average Champion two times, holding two of the top four fastest NFR Average times.

In addition, she is a two-time winner of the RFD-TV American Rodeo. She has won over $2 million and has been top five in the World Standings five different years. Her husband, Gary, is also an equestrian, as a professional tie-down roper.

Fallon Taylor was born in Tampa, Florida on July 18, 1982. After watching her first rodeo at age seven, she began training with the legendary Martha Josey.

After her teen years, Taylor took a break from barrel racing to act and model, but still continued to work with horses. In 2009, she suffered a serious injury while riding that fractured her skull and left her paralyzed for three days. It took some time for her to gain the confidence to get back in the saddle. After some encouragement from her then-husband, Taylor made a return to competitive rodeo.

Ever since her accident, Taylor has been an advocate for wearing a helmet. She is also famous for her colorful outfits. She even has her own brand of clothing and horse gear called Ranch Dress’n.

Amberley Snyder was born in California on January 29, 1991. Her father, Cory Snyder, is a former Major League Baseball player.

In 2010, on the way to the Denver Stock Show and Rodeo, Snyder was in a serious car accident and was ejected from her truck. She slammed into a fence post, which immediately broke her back, leaving her paralyzed from the waist down. Despite her life-changing injury, Snyder was determined to get back in the saddle. Within four months of the accident, she was horseback riding once again.

Between physical therapy and the use of her seatbelt with her saddle, Snyder was back to competing a year and a half later. In 2015, she was voted the fan exemption contestant at the RFD-TV’s The American, coming in just 0.6 seconds shy of the winning time.

Hailey Kinsey was born in Cotulla, Texas on October 3, 1994. She comes from an equestrian family, as her mom is a former Miss Rodeo.

Kinsel’s interest in barrel racing sparked when she was 11 years old. She competed with her barrel horse Josey throughout junior high and high school. Then, for college rodeo, she competed with her horse TJ, with whom she joined the WPRA. Before qualifying for her first NFR, Kinsel won the National Intercollegiate Rodeo Association championship.

From 2017-2020, Kinsel and her horse, DM Sissy Hayday, affectionately known as ‘Sister”, qualified for the NRF. From 2018-2020, the pair won three consecutive barrel racing world championships, taking the rodeo world by storm.

In 2018, Sister won the WPRA/AQHA Barrel Racing Horse of the Year Award. Kinsel also works as an ambassador for Purina Feed. She is the first barrel racer to win the world title, average title, Top Gun award, and fast time in the same year. Kinsel is married to PBR World Champion, Jess Lockwood.

you forgot about Sammy Thurman, the world's best horsewoman.

It would be nice if your information was more current and correct. Obviously you didn't make sure you got your facts correct. 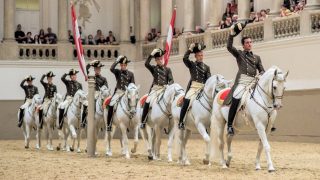