Horse lovers tend to find many ways to admire horses: in real life, through the internet, or on the pages of a good book.

While everybody’s heard of must-read classics like Black Beauty, it can be hard to navigate through thousands of contemporary horse books. In our guide, we highlighted those old and new stories that deserve more attention.

So take your pick, make some hot chocolate, hop on the sofa and let the story begin!

Here are the 15 best books for horse lovers you don’t wanna miss:

The oldest horse book on the list is Black Beauty, written in 1877 by Anna Sewell. The story is told in first person by Black Beauty himself, giving the reader a glimpse of Victorian England through a horse’s eyes.

The plot follows Black Beauty’s life from the time he lived by his mother’s side through the hardships and joys of adulthood to his peaceful retirement. During his eventful life, Black Beauty switched careers many times as he drifted from one owner to the other.

The release of Anna Sewell’s book has had a direct impact on the welfare of horses in the 19th century, ending many cruel practices. With over 50 million copies sold, Black Beauty’s story never grows old.

Paint the Wind is a captivating story about the adventures of a teenage girl and a wild painted mustang. Although the novel was written for younger audiences, any horse lover will find it hard to put it down.

Since Maya’s parents died in a tragic car accident, she was forced to live with her hateful grandmother. She makes Maya’s life miserable by depriving her of any memories she has left of her mother.

However, everything changes when Maya moves in with her mother’s family. It is there she meets the wild mustang Artemisia and learns the truth about who she really is.

King of the Wind by Marguerite Henry

The part truth, part fiction novel King of the Wind tells the story of The Godolphin Arabian, one of three foundation stallions of the Thoroughbred breed. This book is an exciting read for horse lovers passionate about horse racing and Thoroughbred bloodlines.

Sham (alias The Godolphin Arabian) was born in the Sultan of Morocco’s stables and cared for by a mute stable boy, Agba. Sham possessed great beauty and speed so was chosen as a prized gift for the King of France.

However, his journey takes twists and turns so the golden red stallion and his mute carer find themselves in many unintended troubles. They eventually arrive in England, where their fortunes gradually change.

The Phantom Stallion is a must-read horse novel series for all horse lovers. In 24 separate novels, Terry Farley depicts the adventures of a teenage ranch girl Sam Forster and her wild stallion Phantom.

Sam spent 2 years away from home to recover from a near-fatal riding accident involving her black mustang colt Phantom. Following her return to the family ranch, Sam discovers that her horse matured into a wild silver stallion who now has his own herd.

Despite their time apart, the bond between Sam and Phantom remained strong. Sam and her friends do everything they can to protect the wild horses from the cruel hands of poachers.

The Horse Whisperer by Nicholas Evans

The Horse Whisperer is about the journey of a young girl and her horse through tragedy, healing, and hope. One of the best-selling horse books of all time, this 1995 novel has touched the hearts of horse lovers around the world.

The plot starts with a tragic accident that kills the main character Grace’s best friend and her horse. Grace and her Morgan horse Pilgrim survive, although with terrible injuries.

Grace’s fierce mom Annie is determined to find healing for both and takes the pair to Montana, where she seeks out a renowned horse whisperer. But what she finds there is beyond her wildest dreams.

The Eighty-Dollar Champion by Elizabeth Letts

The Eighty-Dollar Champion is the true story of an extraordinary man and his horse who made it to the very top of the show jumping circuit. The book is for horse lovers looking to be awed by the things that become possible when you never give up.

Dutch immigrant Harry de Leyer has no idea about the events he set in motion when he rescued Snowman from the slaughterhouse. Harry bought the former plow horse for just 80 dollars and took him to his farm on Long Island.

As an act of desperation, he later sells the horse who soon escapes to come back to him. Realizing the horse’s potential, Harry trains Snowman to win against some of the most expensive show jumping Thoroughbreds.

Read our article on the extraordinary life and story of Harry and Snowman.

The Heartland series of 26 novels were the inspiration for the longest-running Canadian television drama loved by millions worldwide. In the center of it all is a gifted ranch girl Amy Fleming, who works her magic on every horse she touches.

In the book series, Heartland is a working cattle ranch and shelter for abused horses. After her mother’s tragic passing, Amy is left to heal both herself and the problematic horses of clients.

To further complicate her life, Amy’s controlling sister Lou arrives, as well as a charming new stablehand. Amy will soon build a reputation as a horse trainer and find love in the midst of the chaos.

Misty of Chincoteague by Marguerite Henry

Many young horse lovers enjoy the 1947 book Misty of Chincoteague. Based on a true story, the tale recounts how two children living on Chincoteague Island come to own a wild mare and her foal.

At the beginning, the book mentions the origins of the wild Chincoteague ponies, who swam to Assateague Island following a Spanish shipwreck. Centuries later, the ponies have populated the surrounding islands and are now annually rounded up for sale.

Two children, Paul and Maureen Beebe save up enough money to buy a mare named Phantom and her foal Misty on the annual roundup. After many adventures, Phantom returns to the wild while Misty stays with the children.

The Black Stallion by Walter Farley

The Black Stallion is a series of 20 novels detailing the adventures of an Arabian stallion and his newfound friend Alec. The New York Times described the Black Stallion as “the most famous fictional horse of the [20th]century”.

The first book was released in 1941 and tells the story of how a wild Arabian stallion and a young boy Alec met. They were both travelling on a ship when disaster struck and they found themselves on a deserted island.

Being dependent on each other for survival, Alec slowly gains the stallion’s trust. After being rescued, Alec will race the Black Stallion against two champion racehorses.

In her novel Horse Heaven, Jane Smiley presents the intriguing universe of horse racing. Within a very complex story, a palette of fundamentally different characters come together with the help of two promising colts and fillies.

The book is ideal for any horse lover who wants a peek into the ever-changing world of horse racing. The storyline spans over the events of two racing seasons and moves with the characters from one continent to another.

Readers of Horse Heaven will not only get to know many industry stakeholders and how they interact, but also realize how many things can go wrong around racehorses.

Included in our list of the best horse films, National Velvet is an inspiring horse story that’s not to be missed by any horse lover. The plot’s main character is a teenage girl Velvet Brown, whose biggest dream is to one day own many horses.

Velvet’s prayers come true when an unwanted piebald comes into her life. When one day the horse jumps over a 5-foot tall fence, Velvet and her friend Mi contemplate entering him into the Grand national.

Thanks to Mi’s connections in the horse racing world, Velvet is able to race her horse under the fake identity of a male Russian jockey. The piebald wins the race, but the victory changes her family’s life forever.

Shy Boy documents the true story of how world-famous horse trainer Monty Roberts captured and tamed a wild mustang. The book is not only an unforgettable read, but truly immerses the reader into the story with the help of beautiful images.

Monty Roberts takes on the challenging task of following the small mustang through the desert for three days. Eventually, he connects with the horse and leads him back to his ranch.

Throughout the next year, Shy Boy gets to experience life on the farm, which he will grow to enjoy. Wondering whether the mustang would rather be free, Monty releases the horse who will shortly return.

My Friend Flicka by Mary O’Hara

My Friend Flicka was first published in 1941 and tells the story of a young boy who lives on a Wyoming ranch. Ken would do anything to train one of his father Rob’s young Thoroughbreds, but Rob thinks he’s still too immature for the job.

At last, Rob’s wife Nell convinces him to let his son capture a sorrel filly with a strain of mustang from the herd. In her attempt to escape, the filly injures herself trying to jump a barbwire fence.

However, Ken doesn’t give up on the filly and spends all summer caring for her. He names her “Flicka”, which is Swedish for “little girl”. Eventually, the pair succeeds and Ken earns the privilege of training the horse.

Chosen by a Horse by Susan Richard

Chosen by a Horse is a memoir documenting the author’s journey to healing, helped by a malnourished rescue horse. The story began when a fragile-looking Standardbred mare and her foal stepped onto Susan’s trailer and entered her life.

Susan has endured many struggles throughout her life, including her mother’s early death and the abuse of her husband. She’s been living on a farm with a small group of horses when she decided it was time to introduce a new member.

The book portrays many real-life characters of Susan’s life, humans and horses alike. Its witty writing style will engage any horse lover who will find themselves eager to learn more. 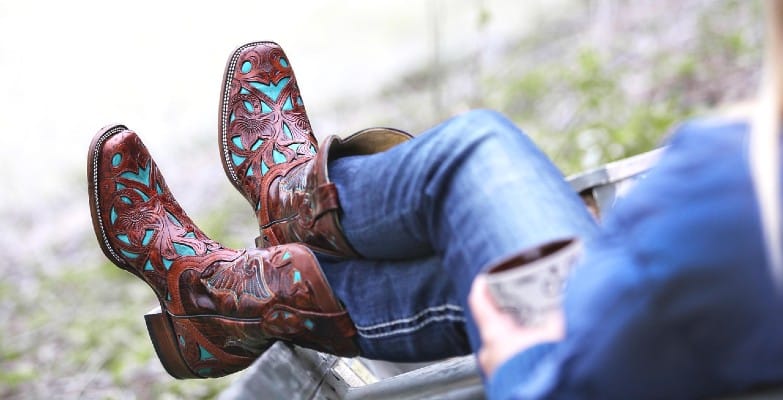 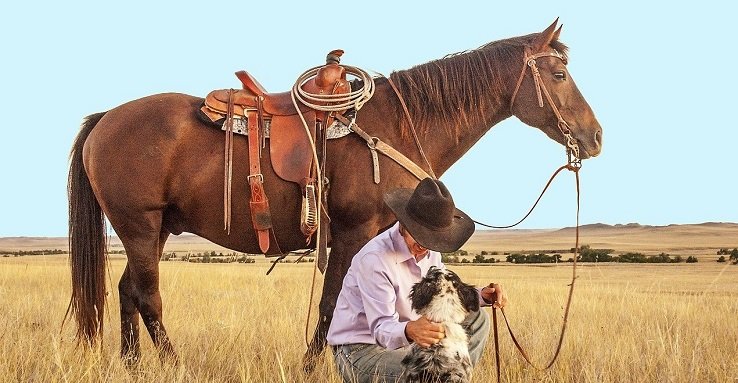 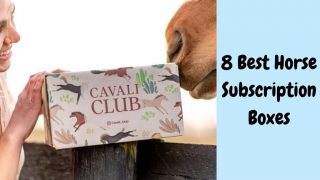 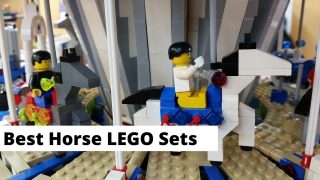 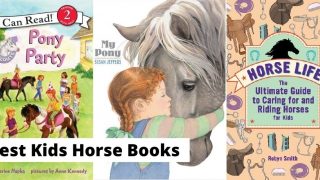 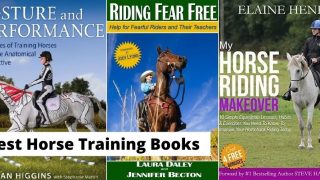 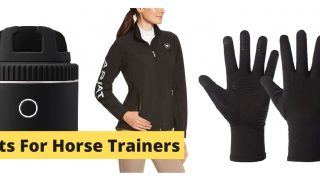